We have done the searching and come up with the best cruise deals from Canada and to Canada from the United States.

New England is a spectacular part of the world and the coastline in this area will provided some amazing views of the changing seasons, the Cabot Trail cliffs or perhaps even the Sageunay Fjord or a viewing of some Beluga whales. 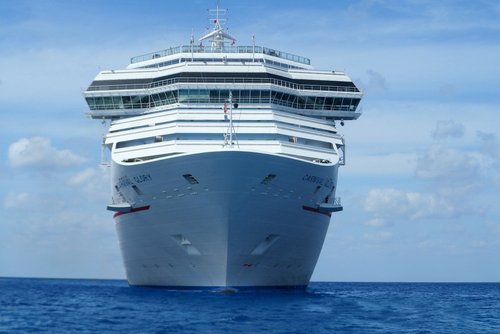 Where will your Canada Cruise take you:

Which Cruise Lines go to Canada?

Some of the popular cruise lines which travel to Canada include Silversea, Norwegian, Royal Caribbean, Oceania Cruises, Carnival, Disney, Holland America, Celebrity and Seabourn. All of these will run cruises in September and October (when the season ends) while most will run throughout the summer starting in May.

Find out more about Canada and New England Cruises:

An overview of Princess cruise lines in Canada:

As this is a larger cruise line, it can be much easier to find a discount Canada cruise from them.

Halifax, Nova Scotia is a good sized old maritime city. Make sure you take in the old time historical township that has daily reenactments.

Sydney, Canada also in Nova Scotia is rich in it's music tradition and the world famous natural attractions.

Charlottetown, Prince Edward Island is  Canada's birthplace and a good place to spend a relaxing day.

5 night cruise on Carnival Glory, departing from New York. Visits 2 ports in Canada: Saint John, NB and Halifax, NS. This is a short video of some of the ship's features as well as some of the sights and tours in each port.

Boston, Massachusetts and it's rich history and attractions that almost speak for itself

Quebec City, Quebec, Canada is a place where you could easily stay a week and a world class tourist city of quality

Montreal, Quebec, Ca is one of the worlds most interesting and diverse big cities

Find more on these great locations here: Canada at TripAdvisor

The Hôtel de Glace (or Ice Hotel) in Quebec is something a little different.

More information on this Ice Hotel

For more on cruises, see:

Were you looking for Alaska Cruise Travel Deal options?

Your Discount Canada Cruise will include a trip up the East coast. However if you are looking for a trip up the west coast and possibly into Alaska to see the spectacular coastal scenery, whales, ocean life and fords than you can use the form below to source out that kind of cruise as well. This blog is a personal blog/website written and edited by Luxury Resort Bliss. For questions about this blog, please contact Ricky at website URL.

This blog accepts forms of income for affiliate advertising, but we only include places we think are great and recommend, and no placements are paid for.