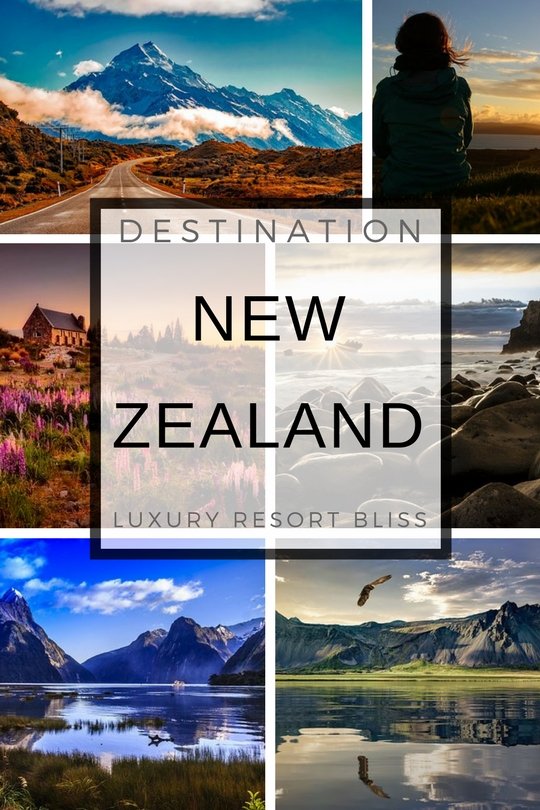 People often decide what activities they would like to do and where to stay on both the North Island and the South Island. If you're going to New Zealand, see everything you can!

For a great Blog with information about different travel destinations around New Zealand see my Family Vacation Ideas. 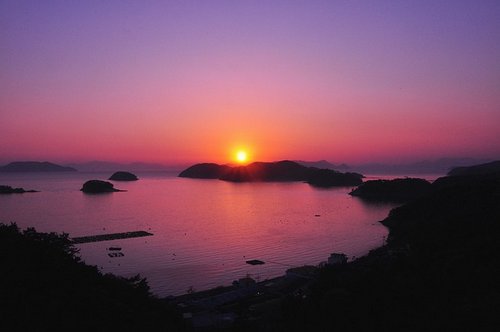 Auckland is the usual stepping off point and worth a little time in itself, with great, coffee, bars, shopping, attractions and sailing on the bays. Auckland is also a good stepping off point for points north including Northland, the Bay of Islands, Maori culture and some great surf beaches.

Hawkes Bay has a great wine area with bed and breakfasts and cottages to enjoy the region.

Wellington is also a culturally rich, urban vibe for a smallish capital with quaint architecture and an arts scene.

The South Island of New Zealand is perhaps the most spectacular in terms of nature and adventure vacations. 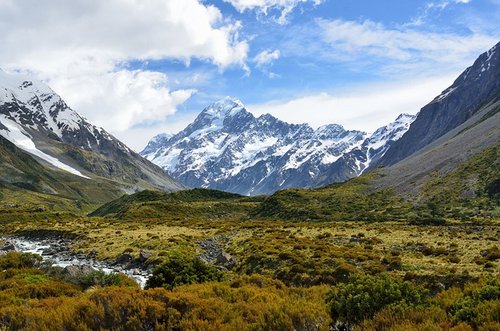 On the South Island of New Zealand, Christchurch has survived the earthquake and is emerging a new identity distinct from it's previously English old country vibe.

Gothic and Green Dunedin is a beautiful place when the rain clears and the summer warmth comes out to play.

Queenstown is one of those place you go to and make up your own mind about. Perhaps the most internationally relevant tourist adventure, eco location, while Wanaka makes a good stopover to the West Coast on route.

The Rees recently made a renowned list of the top 25 Luxury Hotels in the South Pacific. Also and more importantly, it is one of our top choices in Queenstown. That is saying something because this is a place that is really exists for tourism.

An organized tour can save you lots of trouble and take some of the guess work out of your vacation.

See tours are available in NZ

Bloggers love this company and you'll be sure to have a good time with them.

This tour will take you over Lake Wanaka in a scenic helicopter flight where you can view snow-capped peaks.

Lord of the Rings Edoras Tour

For Lord of the Rings fans and adventure lovers alike. You will travel to the high country of Mt Potts Station. This was the location for Edoras. Included is a 4WD trip through spectacular scenery to reach Edoras.

Milford Sound is down the bottom of the South Island. In this tour you can fly over Fiordland National Park and it's glaciers. You will see alpine lakes, rivers, forests, and ice-capped mountains. 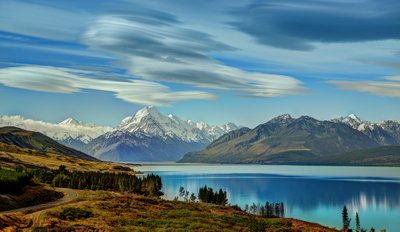 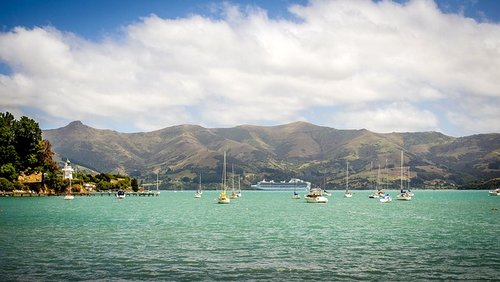 There is always the option of a cruise tour in this island nation surrounded by water.

With cliffs, waterfalls, peaks this nature cruise in Milford Soundand the Fiordland National Park, a World Heritage site is a must see attraction in New Zealand.

In an extinct volcanic crater, Akaroa Harbour boasts some of the most magnificent coastal scenery in South Island. Cruise in a large catamaran and catch a glimpse of a little Blue Penguin.

Example of a Royal Caribbean 14 Night Australia New Zealand  Cruise on the  Radiance Of The Seas departing from Sydney, Australia.

Celebrity offers some great New Zealand Cruises that offer opportunities to explore all the nooks and crannies.


These Airlines fly to New Zealand with one stop.

Disclosure: While display and affiliate income maintain the project our large network means our reviews can remain independent.